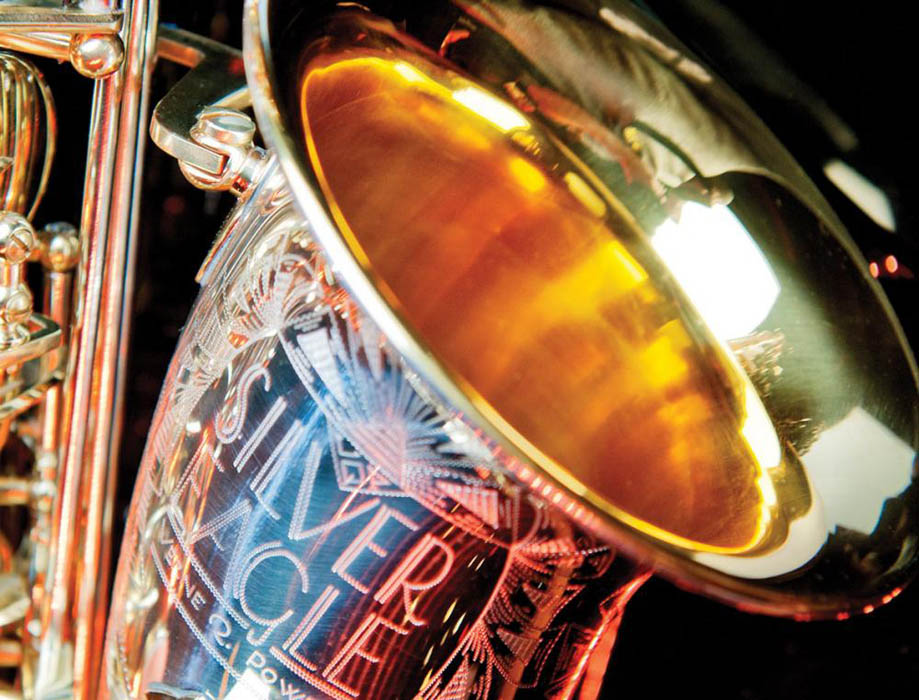 The Demise of the Powell Silver Eagle Saxophone

On September 23, 2010, Steven Wasser, the owner of Powell Flutes, announced that the company was going to be unveiling a new, saxophone. His statement to the press on that date promised “…the United States represents 50% of the world saxophone market, but none of the saxophones available for sale in the United States are made here. Wasser commented, “As far as we are concerned this represents a business opportunity. Our entire strategy is based on making great instruments in the United States. We think one of the positive effects of this recession will be that American consumers are going to pay much more attention to country of origin than they have in the past.”

The designer of this saxophone was to be Mike Smith, a well known performer, long associated with Frank Sinatra Jr. Mike was to be assisted by Chris French and John Weir. The manufacturing was to be done at the old Blessing Band Instrument plant in Elkhart, Indiana, with some limited fabrication being done at the Powell flute factory. Mike promised that “The Silver Eagle Saxophone is a very high-end, very expensive saxophone. It is aimed at the select few players who have the means, and the desire, to own an American-made product with high QC standards.” In addition to the alto model with sterling silver neck, bell, and tone hole chimneys, there was to be an all brass model, and ultimately, a tenor. Cryogenic treatment was also to be offered as an option.

First things first: I have known Mike Smith, who was sorta the ramrod behind this project, for many years. He’s not only a world class musician, but also a really nice human being, who I am proud to call my friend. This project did not fail due to a lack of effort on Mike’s part. He truly put his heart and soul into it. Another point I want to make right up front: although these horns would have been competitors for my products, our company absolutely welcomes any competitor who wants to actually innovate and “improve the breed”……this horn did have a few significant innovations, and it would have pleased me greatly for them to have succeeded. One last disclosure: I never saw or played an actual example of the Powell Silver Eagle, but got reviews from people that I completely trust who had played the horn. The reviews about the playability were 100% positive. I did talk to Mike extensively as the project was developing, and have also discussed it with other saxophone industry “insiders” who shared some information with me which I’ll take as accurate but have not verified myself.

THE CONCEPT As I understand it, the idea was to build a “Made In The USA” horn of super high quality. The basic design seemed to be an obvious tribute to the King Super 20 Silversonic, a horn that Mike Smith has used and admired for many years. Of course, Mike is not alone in his admiration of these horns, and he had some ideas that seem to take the initial design a little further down the Super 20 road. Even the color scheme of the cases provided with the Silver Eagle was identical to the Super 20. Look at the octave key on the neck, and the general engraving style: it all shouts “Super 20”. The Silver Eagle, like the Super 20, also used post rather than ribbed construction, had the G key mounted on the left hand main stack, and even used pivot screws with locking nuts identical to those used by King on the Super 20. One of the design concepts was that in addition to a sterling silver neck and sterling silver bell, the horn was to have sterling silver tone hole chimneys braised onto the body tube. The neck and body tube were both promoted as being seamless, which would lead me to believe that they were extruded rather than braised. Assembly was to take place at the old Blessing Musical Instrument Company plant in Elkhart, Indiana, and all of the components were to be sourced in the USA. The Powell Company was rightfully world famous for their exquisite very high end flutes, and it was thought that since they were the corporate entity behind the project, this would add credibility. The pricing for the alto was set at a lofty $10,000 or so. I never thought the price was the problem for an instrument of this sort of obvious quality. A significant market exists at that price point. After all, my company has been successfully selling a $15,000 tenor saxophone, our Category Five model, for quite a few years. Multiple sources within the saxophone industry have told me that the break even point required the sale of 130 units in the first year, which I always thought was an extremely ambitious goal.

SINCE THIS ARTICLE WAS ORIGINALLY PUBLISHED

I was given the opportunity to purchase the tooling and a substantial amount of keywork and parts. All of the tooling had originally been purchased from the B&S company in Germany, owned by my friend Gerhard Meinel. When I worked for Orpheus Music, we were the distributors for B&S saxophones, and I am extremely familiar with them. THE TOOLING WAS FOR THE B&S “MEDUSA” MODEL, and was absolutely not unique to the Powell Silver Eagle in any way, form, or fashion. Any claim to the contrary is simply a lie. The keywork and parts were all for the B&S Medusa.